I keep it real. I mean, like, really real.  I have life long friends who will pay witness to that.  So, it makes me proud for a few minutes at a time when I look back and think, retrospectively, that I’m exactly where I would like to have been, when I was 17.  When I was a senior in high school I was getting ready for college with bold dreams of becoming a world renowned professional photographer, or graphic designer, or something like that… and working at a bike shop.  I was watching closely the exploits of Missy Giove, Tinker Juarez and Myles Rockwell while trying my best to keep it real in the rough and bustling streets of Lawrence Kansas.  There were few things that weighed heavy on my mind during those days, but one thing that always stuck with me through the years was “World Championships”…

For some reason, even with the grand spectacle of the Tour de France, World Champions were something that always captivated me.  And thus, World Championships were an event I always hoped to be a part of.  Not from an athletic point of view obviously, I liked my beer WAY too much even then… but one day I did see myself being there, in some capacity.

So fast forward 18 years and I find myself getting off a plane in Louisville Kentucky of all places on an assignment with Challenge Tires to cover the 2013 Cyclo-cross World Championships.  I’ve always known of Cyclo-cross, but have only recently developed a deep love and respect for the sport over the past 4 years while living and covering CX racing in Southern CA (Ironic I know).  I’ve come to be sort of a specialist with CX.  I was embedded with a particularly rowdy CX team over the season and gave a lot to cover some of the bigger Mountain State and West Coast races.  So, this wasn’t one of those situations where the opportunity to cover CX Worlds just fell in my lap.  No, I worked my ass off to get to Worlds.  I worked that event and gave it everything I had, which was a lot considering how “Travel Weary” I was.  When I returned, I found myself at a loss for what to do next. In my mind, the 17 and 35 year old me had accomplished a major life goal, covering a World Championship.  So, recovering from that took a few days… or months really.  Now, with CX Season fast approaching I find myself anxious to get to work covering the sport I love most.

This photo sums up Cyclocross for me in a pretty definitive, final, way.  Cross is hard.  It’s why I shoot it, but don’t participate as a racer.  It’s basically the most grueling and unforgiving of all the cycling disciplines and it’s the one that undoubtedly gets the least respect.  Do you see Cyclocross at the olympics? No.  Should you?  Yes. 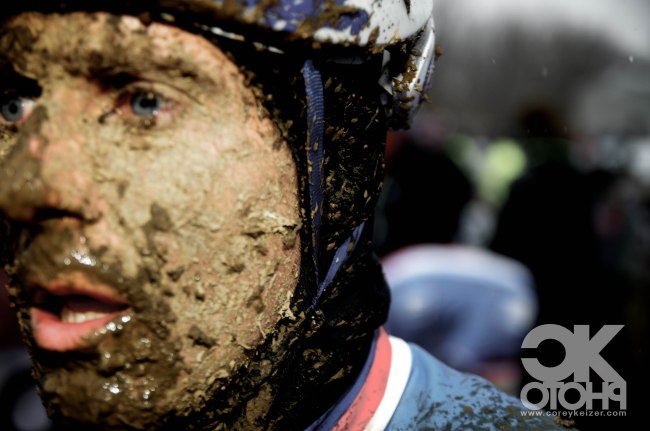 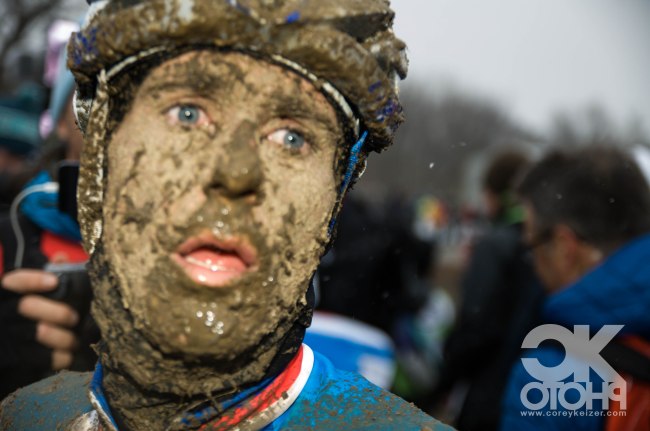 I have no idea who this is.  He just kept showing up in my frame.  He looked exhausted.  I was shooting with a Nikon 50mm 1.4 and he kept walking aimlessly, almost zombie like through my frame.  He was quick enough to flit out of focus, but thats about it.  Clearly he wasn’t interested in getting my attention, or in me getting a photo of him.  It was almost like he was a lost child who had been abandoned for days, lost and looking for his mother, or anyone to give him something recognizable to grasp onto so he could survive.  I have probably 20 frames of him that look basically like this. 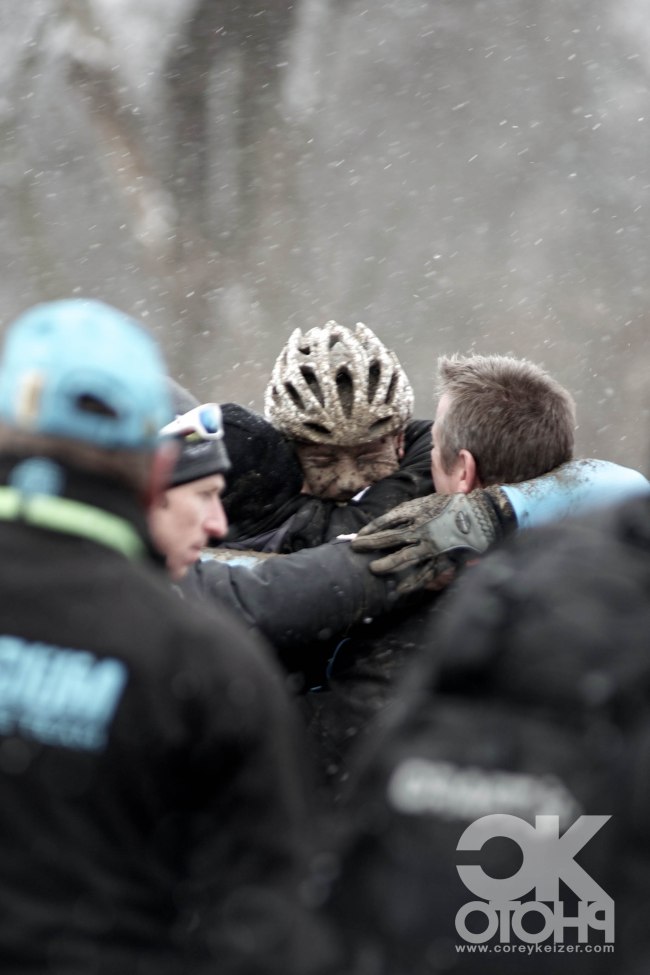 The men’s CX world champion, was Sven Nys… one of the most captivating people in the sport.  Now a 2 time World champ, Sven has a race named after him already in his home country of Belgium due to his shear domination of the sport for so many years.  Many had discounted him recently… but I was always a fan.  Watching him win so dominantly in America, at a historic World Championships (This was the first time the CX World Championships were held outside of Europe) was pretty cool.