I can’t really express with words how I feel about RAGBRAI.  The experience was completely overwhelming on almost every level.  Yet as it was coming to a close I found myself in a sort of mourning for not wanting it to end.  The days were grueling.  16 hour days filled with a morning meeting at breakfast, shooting on the road, shooting at the tents shooting in he towns and then transferring by car to our next stop. Stop for a minute or two to inhale dinner, then shot review and filing until midnight or 1:00 am most nights.  I’d get no more than 4 or 5 hours of sleep a night yet wake up ready to go to work the next day.  I met a thousand interesting people all of which had incredible stories about their journeys both at RAGBRAI and in life but I can only remember a handful. I kept telling myself to swing for the fences with every frame, that this was make or break time due to who would be publishing the work.  Not every frame was gold, but a few where, and I proved to myself that I’m not a static artist.  I stepped far outside myself and my style for this project and now I’m invigorated.  I feel like that naive teenager who thinks he can do everything, and that there’s nothing to stop him… Probably because that is in fact, the truth.

Below are a few images, one or two from each day of the event along with what is probably an overly wordy explanation of what was going on or why I think its impactful. 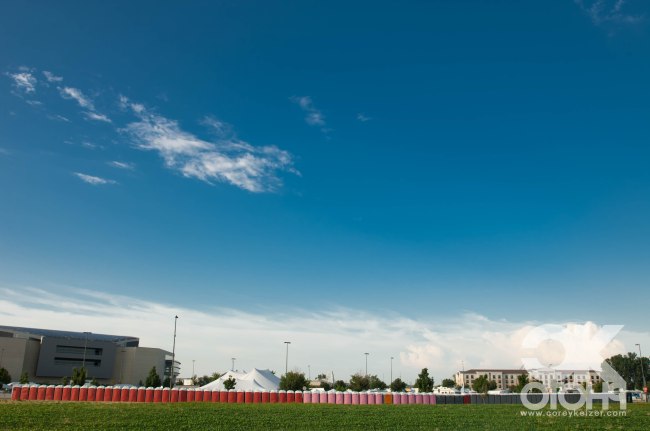 Other than the sometimes oppressive heat and humidity, the thing that was most surprising about RAGBRAI was it’s immensity.  The never ending rows of port-o-potties was just one example of this 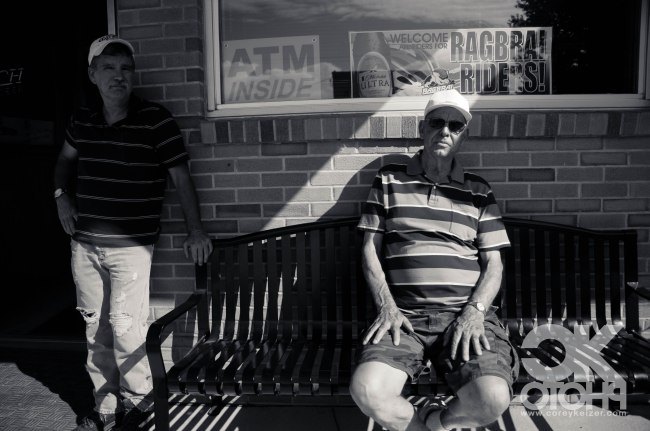 In each of the “Thru Towns” or towns that the route went through, but didn’t technically stop in, there was stuff going on.  Riders drinking in bars at 9:00 a.m., bands playing, people dancing in the streets.  Inevitably there were locals looking on.  These two had what seemed like a disapproving glare over the whole event, but when asked about RAGBRAI were both surprisingly positive 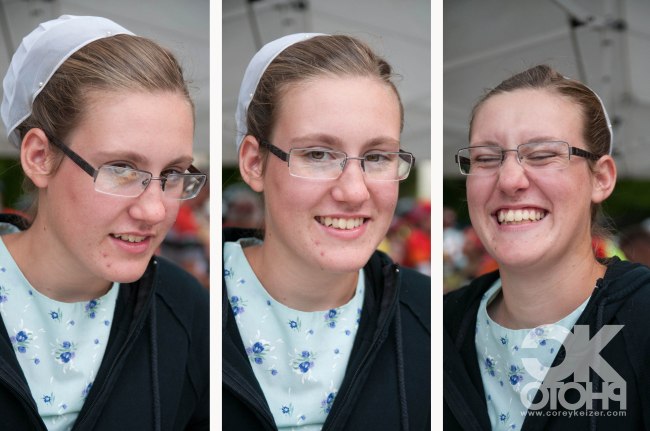 The culture clash was pretty amazing.  From a distance RAGBRAI looked like a high-viz fabric manufacturers factory had exploded all over some lightly traveled country roads, and then you had the locals.  I saw Amanda and followed her through the crowded streets of Dallas Center back to her family’s pie stand.  Clearly she wasn’t used to having a camera in her face, as every time she looked up to see me taking her picture she’d start laughing. 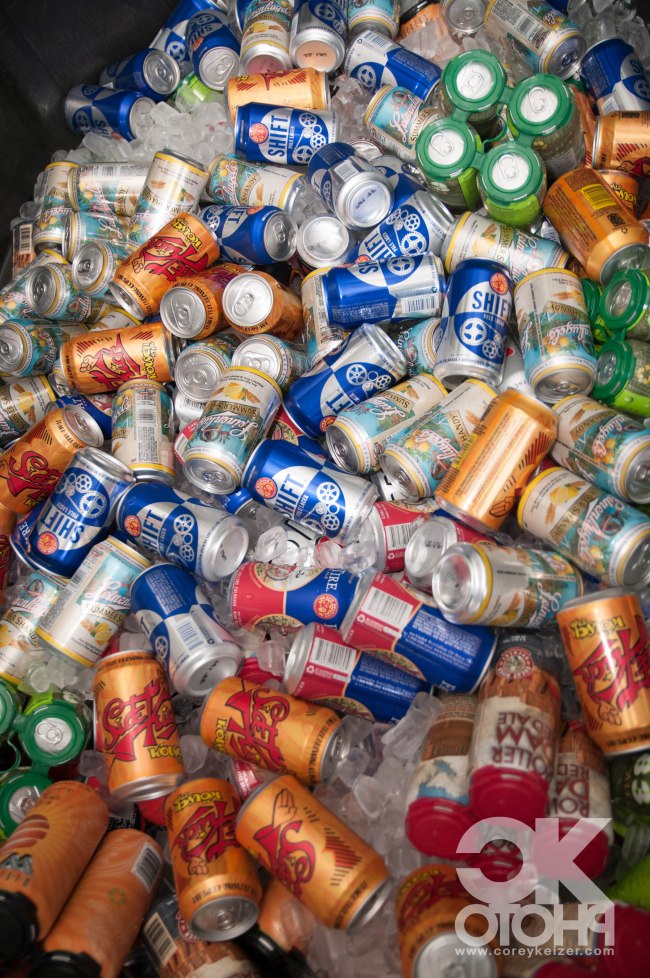 There was a log of beer drank.  Literally everywhere, all the time. 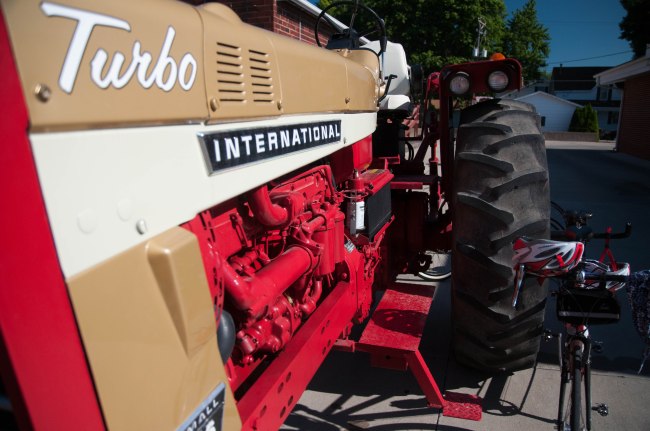 Turbo.  C’mon, I had to include this. 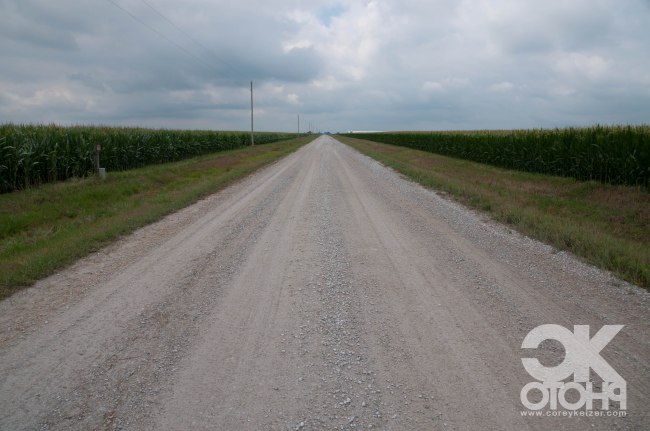 I drove around a lot.  I definitely crossed Iowa twice and probably a third time with all the back and forth.  A lot of it felt like this to me while I was transferring and leapfrogging back and forth along the route to take photos.  There’s a lot more to Iowa than corn fields of course… but there are A LOT of corn fields. 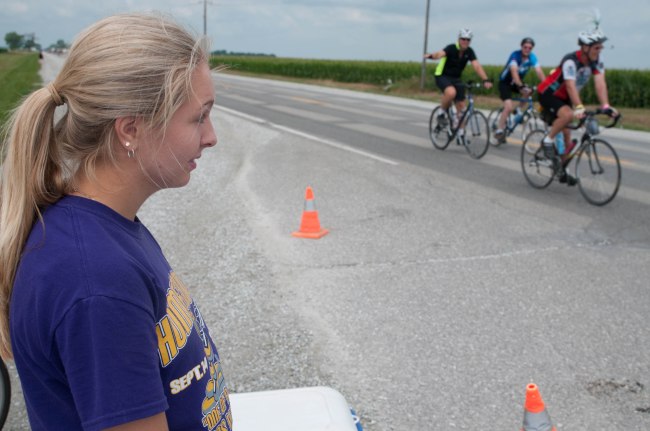 This shot is a good example of what I dealt with all week. I spent a lot of time saying “Just pretend I’m not here…”.  But there were times I wanted people to look at the camera.  Inevitably the people I wanted to look at me wouldn’t, and the people who I needed to ignore me would wave. 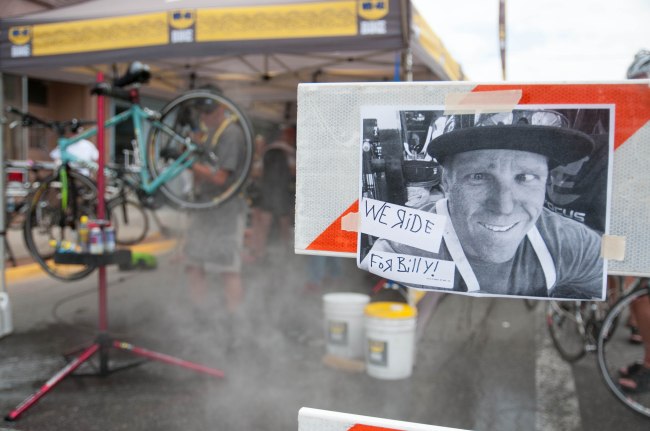 As the week went on we all became more and more road weary.  We grew more and more punchy.  Nothing exemplified this more than when Bill Marshall, one of the WD-40 Bike techs gave me this cross eyed grease covered look as I took his picture with my iPhone while he was powering through a can of Budweiser.  Later that night my creative director and one of the WD-40 Bike Tech’s were going through photos and they saw this one.  We decided that a funny prank would be to make hundreds of copies of that photos and post them up around the finish town where the WD-40 Bike tents would be set up.  So we did.  That’s Bill in the background working. 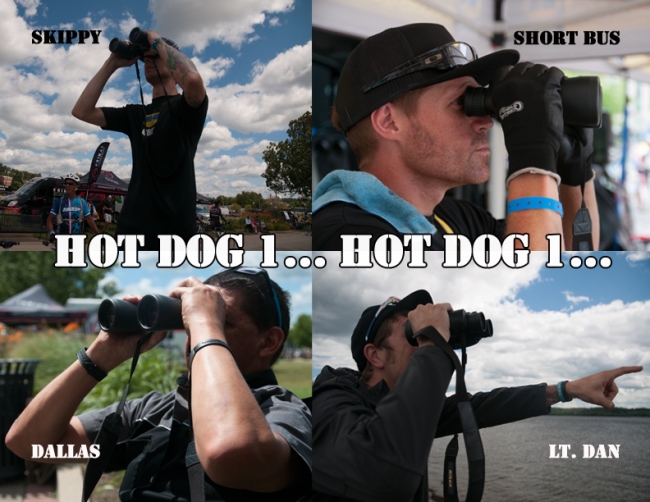 Probably the best part of the trip was getting to work so closely with the WD-40 Bike team.  I’ve known a couple of the guys for a while, but some where new.  I don’t think I could have put together a better team of guys to spend that much time with.  There weren’t really any tense moments or times where frustrations boiled over to conflict.  There was always time for a little ribbing and fun and everyone was good natured when the ribbing was directed at them.  I put this little multi-pane together as a tribute to the guys and one of their running jokes.